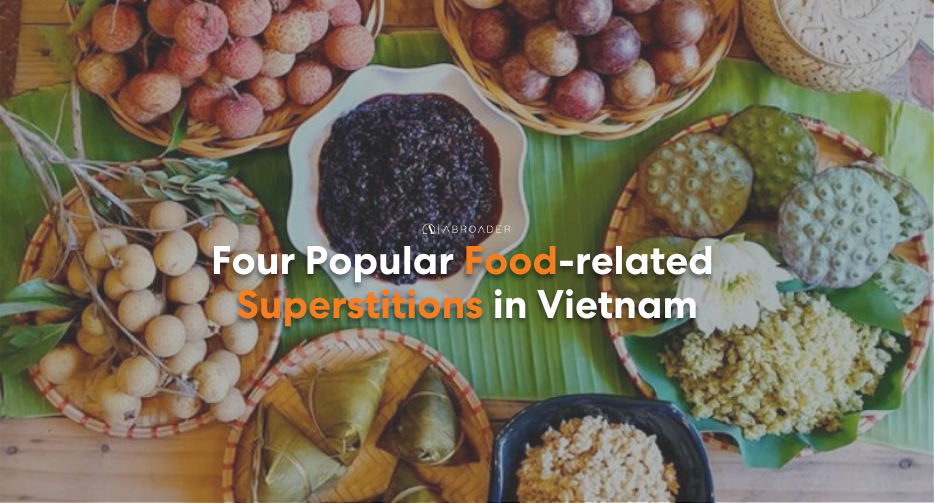 Being part of a community with a long agricultural history, Vietnamese people especially those from older generations hold a strong belief in superstition about luck and bad luck. These days, people have become much less superstitious than they were before. However, some traditions still carry on today like people’s habits. Let’s take a closer look at some common food-related superstitions in Vietnam and explore the reasoning behind them.

Becoming a vegetarian on the first day of the lunar month

Vietnamese people go vegetarian (ăn chay) on the first day of the lunar month. These days, most of the locals, whether Buddhists or not, lay down their meat-related products. Instead, they have vegetables and meat substitutes. It’s a cultural belief that – abstinence from meat and various stimulants – during this time will help them obtain good health and peace of mind during the whole month. There is a popular belief that since you are not indirectly killing any living soul for your meals, you are accumulating your good deeds. Therefore you will be rewarded in this life or in the afterlife.

Food to avoid before taking an important examination

In this particular type of superstition, homophones and the shape of your food comes into play. These features are the criteria that people use to decide which food is good or bad to eat before an important examination. Students must not eat bananas prior to an exam for fear of failing ‘like sliding on a banana skin’. Parents also advise them not to eat squid, which emits a substance that is ‘as black as ink’. The phrase carries the connotation of a black (bad) mark on your test.

Eating squash, pumpkin, melon, and peanuts was also a no-go. The words for pumpkin and melon in Vietnamese mean “stuck”. The word for peanut means to ‘lose’ or ‘digress’. Duck meat and eggs are associated with bad luck since the shape of an egg resembles the zero number.

On the contrary, we consider eating any type of beans good before an exam. Just because bean in Vietnamese is a homonym to ‘pass a test’. And these are some of the most popular superstitions in Vietnam, especially among the students.

Before and after a funeral

The prevalence of the Vietnamese’s superstitious beliefs about the devil is to the point that in many areas in Vietnam, urban and rural, during a funeral, they place a hand of bananas on the dead body in hopes that the devil will not appear.

At the altar, the standard offering consists of three bowls of rice, three cups of tea, and some other distinct dishes. Those in North Vietnam, however, might choose to place a single bowl of rice, a single cup of water, a boiled egg, and some joss (a type of incense) stuck in a bowl filled with uncooked rice.

After one year after the funeral, the family will organize a ceremony with various types of traditional food.

Among the many traditional superstitions of Vietnam including the infamous Lunar New Year, Tet Doan Ngo or the worm-killing festival held on May 5th of the lunar month is a widely popular one. The name ‘worm-killing festival’ derives from the fact that farmers. On this day, get rid of all pests to start growing their crops for the new season. Nowadays, the interpretation of this festival is different as not so many areas in Vietnam do a living by farming anymore. The purpose of this festival in today’s society is to ‘kill the insects in your body and the local people got everything down in terms of what one is supposed to eat on this day:

‘Com ruou’ or ‘nep cam’, which literally translates as ‘rice wine’ are little balls of fermented rice bathed in wine. In the Vietnamese traditional concept, people believe ‘com ruou’ to be able to kill any parasites in the body. That is why most people have eaten ‘com ruou’ on Killing the Insect Day, in the hope of driving away bad spirits.

Another special food for this day is ‘bánh tro’, this is a pyramid-shaped cake that makers wrap them in banana leaves. Inside is a mixture of sticky rice and water drained from ashes while the filling is a sweet mung bean paste. Many people also buy leaves and herbs to smoke away all the pests in their family. In terms of fruits, lychee and plum are the two most popular fruits to enjoy during the special festival.

Some superstitions in Vietnam may sound weird but they are parts of Vietnam’s highlights. So how about coming straight to Vietnam to explore more? Because exciting opportunities are always open for 2023! Come on, we’re waiting for you. 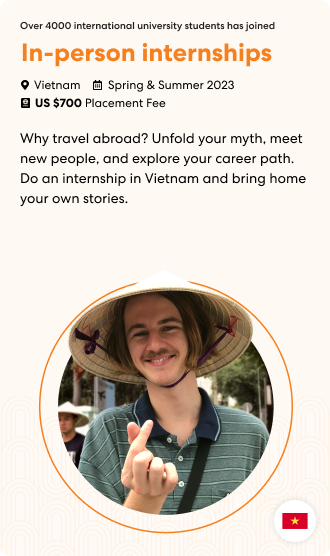 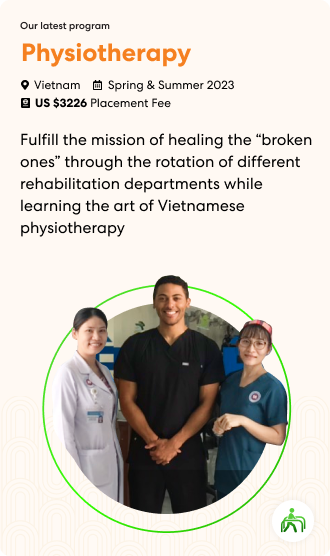 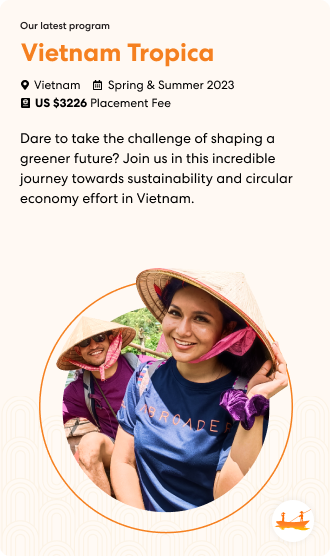 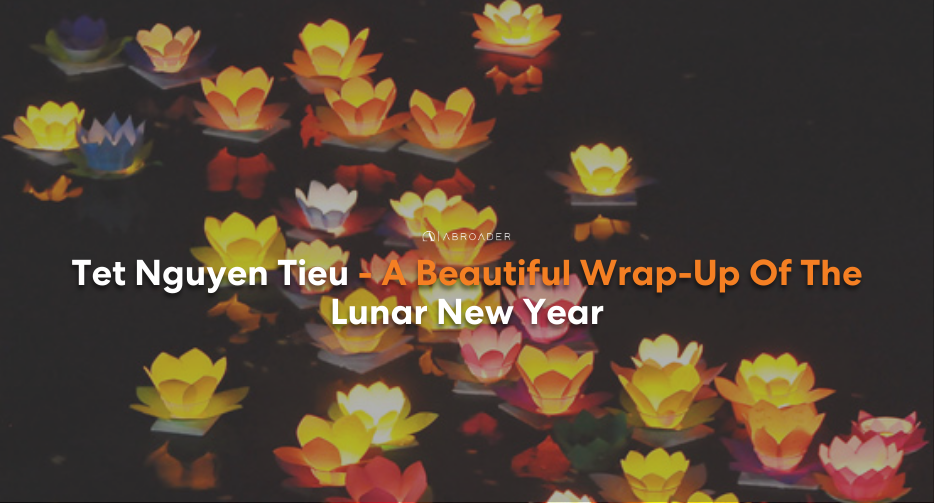 Giving a perfect end to the Lunar New Year with Tet Nguyen Tieu! No matter… 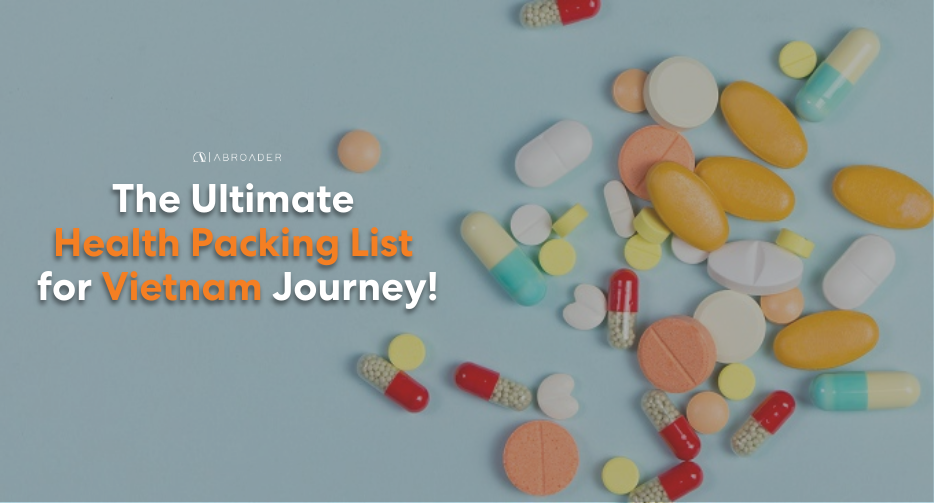 The Ultimate Health Packing List for Your Vietnam Journey!

Are you ready for your Vietnam adventure? Make sure to stay healthy and safe with… 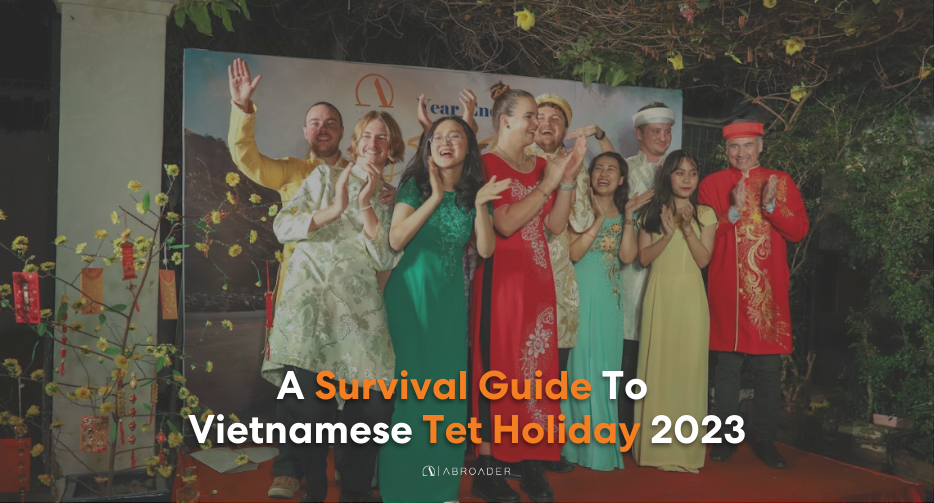 Traveling around Tet, you may surprise with the specific traditions. However, a survival guide Tet… 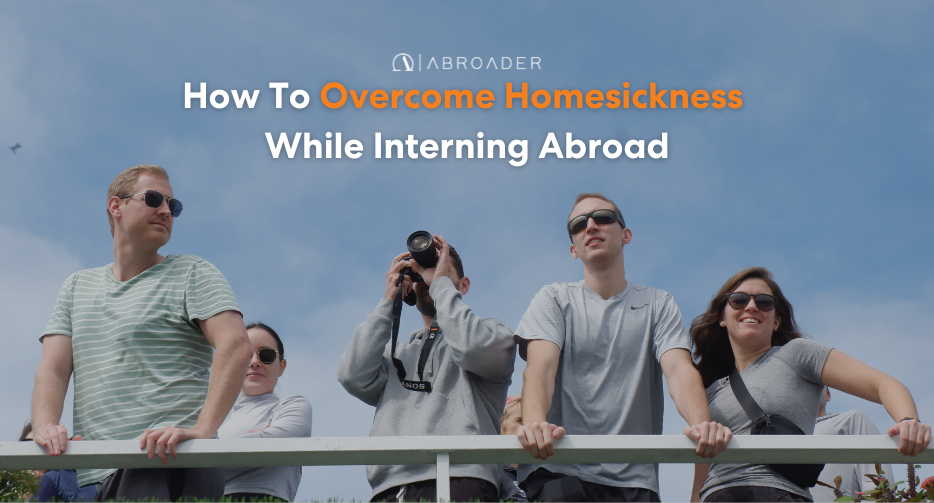 How To Overcome Homesickness While Interning Abroad

Studying abroad can be one of your life's most memorable experiences. However, homesickness is part…
We use cookies on our website to give you the most relevant experience by remembering your preferences and repeat visits. By clicking “Accept All”, you consent to the use of ALL the cookies. However, you may visit "Cookie Settings" to provide a controlled consent.
Cookie SettingsAccept All
Manage consent

This website uses cookies to improve your experience while you navigate through the website. Out of these, the cookies that are categorized as necessary are stored on your browser as they are essential for the working of basic functionalities of the website. We also use third-party cookies that help us analyze and understand how you use this website. These cookies will be stored in your browser only with your consent. You also have the option to opt-out of these cookies. But opting out of some of these cookies may affect your browsing experience.
Necessary Always Enabled
Necessary cookies are absolutely essential for the website to function properly. This category only includes cookies that ensures basic functionalities and security features of the website. These cookies do not store any personal information.
Non-necessary
Any cookies that may not be particularly necessary for the website to function and is used specifically to collect user personal data via analytics, ads, other embedded contents are termed as non-necessary cookies. It is mandatory to procure user consent prior to running these cookies on your website.
SAVE & ACCEPT
wpDiscuz